Home » What is Tympanoplasty? 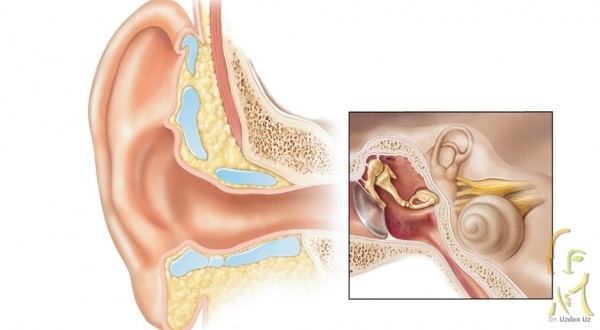 Tympanoplasty surgery is technically the repair of the eardrum and the auditory system in the middle ear, and the removal of inflammation in the mastoid bone in the middle ear and behind the ear.

Depending on the extent of the disease detected in the patient, the operation can only be performed by repairing the hole in the eardrum (myringoplasty) and repairing the ossicular system in the middle ear with membrane repair (tympanoplasty), clearing the inflammation that has progressed into the mastoid bone (mastoidectomy) or a combination of these operations (thymoanomastoidectomy). ) are performed together with.

In tympanoplasty surgery, the perforated eardrum is closed and the ossicles that provide sound transmission are repaired with the help of auxiliary operations. Necessary tissue, cartilage, bone fragments or artificial prostheses created for the middle ear are used.

We can list the situations that can cause perforation of the eardrum as follows:

What Are The Symptoms?

We can list the symptoms of eardrum perforation as follows:

If there is a lot of discharge in the ear, the doctor first cleans the ear canal.

The inside of the ear is looked at with a lighted instrument called an otoscope. If there is a hole or tear in the ear, this can be seen during the examination.

Audiometry test may be requested to measure hearing. In this test, the patient listens to sounds at different frequencies with the help of headphones and presses the button in his hand every time he hears the sounds.

Most hearing loss due to damage to the eardrum is temporary and hearing returns to normal after the damage has healed.

There is no cure for people whose hearing loss is not temporary. The goal of treatment is to prevent further damage to the ear.

Antibiotics may be needed to treat or prevent an ear infection. If the puncture is causing pain, painkillers can also be used.

“Tympanoplasty” surgery applied in eardrum perforations is technically the process of repairing the eardrum and the auditory system in the middle ear. In the surgery, inflammation in the mastoid bone is also cleaned.

Depending on the extent of the disease, the operation can be performed only by repairing the hole in the eardrum, clearing the inflammation that has progressed into the mastoid bone, repairing the ossicular system that provides sound transmission in the middle ear with membrane repair, or a combination of these surgeries.

What Should Be Considered After the Surgery?

You are usually discharged the day after your tympanoplasty surgery, after your dressing is done.

The points you should pay attention to after the operation are as follows;

Disadvantages of Perforation of the EarDrum

The eardrum has two main roles:

When sound waves hit, it makes the eardrum vibrate. The middle and inner ears convert sound waves into signals. The auditory nerves transmit these signals to the brain and hearing takes place.

The eardrum is also a barrier that protects the middle ear from water, bacteria and other foreign substances.

Some problems may arise, especially if the tear in the eardrum has not healed on its own within three to six months.

Usually temporary, but lasts until the tear or hole in the eardrum heals. The size and location of the tear can affect the degree of hearing loss.

An unhealed tear in the eardrum can cause (recurrent or chronic) infections. As a result, discharge and hearing loss may occur.

Consisting of skin cells and other debris, this cyst is very rare. Normally, ear canal debris goes to the outer ear along with earwax.

However, in the perforation of the eardrum, skin rash may escape into the middle ear and cause cyst formation.

What Should Be Done To Prevent Eardrum Ruptures? 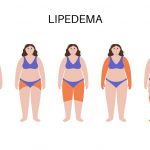 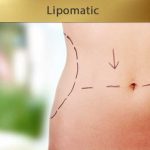