What is Nasal Concha Enlargement?

In the nasal cavities where each of the nostrils are opened, there are nasal meats called conchae. These are located in the lower, upper and middle parts and are structures that have very important functions in the physiological structure of the nose.

These tasks include humidifying, warming and purifying the inhaled air from foreign particles. Due to various reasons, the enlargement of the nasal concha, called concha, causes a health problem called nasal concha enlargement or turbinate hypertrophy.

The condition of enlargement (hypertrophy) in the nasal concha and in the lower turbinate, which is usually the largest concha, in a way that prevents breathing, is called nasal concha enlargement.

This situation causes a feeling of nasal congestion while doing sports exercises, activities such as fast walking and climbing stairs or while lying down, and accordingly shortness of breath.

What are the Causes of Concha Hypertrophy?

Nose enlargement can be acute (one-time) or chronic. It may come on suddenly, or the symptoms may increase over time and become a chronic problem.

Also, a deviated septum, external nasal deformity, or problems in the sinuses can cause turbinate enlargement. It is not genetic, but is more common in people with a family history of allergic rhinitis.

What are the Symptoms of Concha Hypertrophy?

The most common among them can be listed as follows:

In patients experiencing such symptoms, it can be investigated whether there is hypertrophy in the turbinate with the help of lighted endoscopes, which allow the inner part of the nose to be easily seen, and if there is turbinate enlargement, it can be easily diagnosed and the treatment process can be started.

Who Can See Concha Hypertrophy?

Concha hypertrophy is more common in allergic people. However, it can be seen without allergies. Sometimes, if there is cartilage and bone curvature in the nose, which we call deviation, for example, if the curvature is on the left, the nasal flesh on the right may swell. It is a normal situation.

How to Diagnose Concha Diseases?

Physical examination is often sufficient to diagnose inferior turbinate hypertrophy. In various cases, this hypertrophy occurs not at the anterior end of the turbinate but at the posterior end. Therefore, the entire turbinate structure should be analyzed by endoscopic examination.

Although middle turbinate problems can often be detected by physical examination, tomography is often a necessary and sufficient method for a definitive diagnosis. Tomography also provides the physician with information about the condition of the sinuses and supports the planning of the correct stages for treatment.

What are the Risks and Harms of Nasal Concha Growth (Concha Hypertrophy)?

However, they can cause recurrent sinusitis complaints because they narrow the holes through which the sinuses are opened. They are most often diagnosed in sinus tomography, as they increase the attacks of sinusitis.

How is Concha Hypertrophy Treated?

In the treatment of discomfort, different methods may be preferred according to the area and condition of the growth. One of them is medication.

What is Concha Hypertrophy? How is it Done?

Nasal canine surgery is usually performed under local or general anesthesia. One of the methods is the operation of removing the concha, that is, the complete cutting and removal of the concha.

Since the humidification and filtering of the inhaled air will be insufficient after this method, it is not completely removed unless necessary.

If there is no problem in the nasal bone, the reduction of the nasal flesh is applied. The latest technological product developed for this purpose is laser nasal concha surgery. One session and precise results are obtained. In concha reduction surgery, it is aimed to preserve the structure of the turbinate surface to a large extent.

The techniques commonly used in concha surgeries can be listed as follows:

Nasal canine surgery usually takes 15 or 20 minutes. However, if additional procedures such as nose correction or aesthetics are to be applied, it may take up to 2 hours.

What Happens After Nasal Edema Surgery?

After resting for 8-10 hours after the surgery, the patients are slowly stood up. However, an average of 72 hours is needed for him to stand up and recover fully, and he is discharged when he feels well.

Generally, there is no restriction in movements, but a headache may develop when looking at the ground. Therefore, patients are asked to drink plenty of water. Sutures and tampons will be left in the nose immediately after the operation.

The patient is asked to come to regular dressing. The tampon is usually kept in the nose for 3 days. Physicians inform patients about sutures and healing speed. 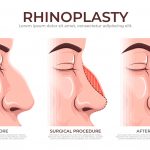 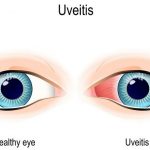 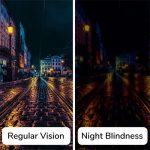